I looked ahead toward our 20th wedding anniversary as something big, the kind of big that called for a special trip or . . . . .or . . . . . something out of the ordinary.

Today is our 20th wedding anniversary.

And it is an ordinary day.

Just as he has done for many, many years, Sid came upstairs at 6:45 am, brushed his teeth, then nuzzled me awake with his unshaven, scruffy jaw.  It is the mark of a brave and righteous man who dares to disturb the slumber of a woman/bear.

And though he will be ready to chew his own arm off by then, he will forgive me, praise me, and entertain us with a story of his day.  He will help me clean up the kitchen and direct children in chores.

After the children are in bed, I will attempt to do this or that, a desperate attempt to get something DONE.  But he will seek me out, find me and coax me into dropping my load.

Just an ordinary day.  But I suspect it is our ordinary that is the singular experience.  I can say with certainty that no wife has been more cherished.

Thank you Lord for our beautiful, delightful ordinary days.  I pray that we will be blessed with many more.

After supper, I got the brilliant idea to have our pictures taken to mark our 20th Anniversary.  Yeah, I’m kind of slow about thinking of these things, but Sid and I aren’t exactly professional portrait people.  I don’t know why, we just aren’t.

However, we could still get our portraits, Sid-and-Tina-style.  This meant that I lasso-ed the 11-year-old with my Canon Rebel camera strap and instructed him to take pictures of us that didn’t make ME look fat.

Before anyone asks, no, I’m not pregnant.  I guess I can’t expect figure flattering from a fifty cent yard sale dress.   But, hey, LOOK at that handsome man with the distinguished gray hair and scruffy jaw.

We didn’t have those professional studio backdrops, so we chose backgrounds that show who we are . . . . . .

This portrait says that we are people of the dirt.  Sid digs in the dirt to install septic systems.  He comes home and moves dirt to build his wife a cellar.  And because we are grass-growing failures, our children play in the dirt, and I must wash all the clothes with the dirt. 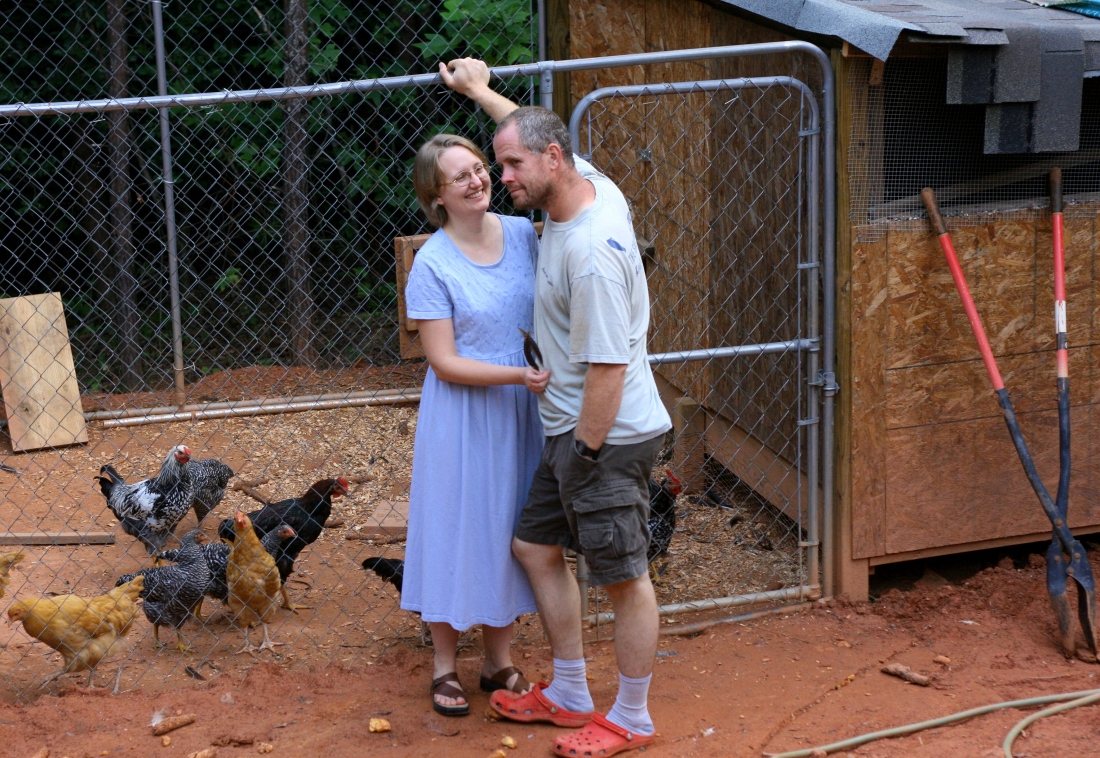 More dirt.  With a little flirt.

Speaking of photographers, ours got distracted again . . . . . . 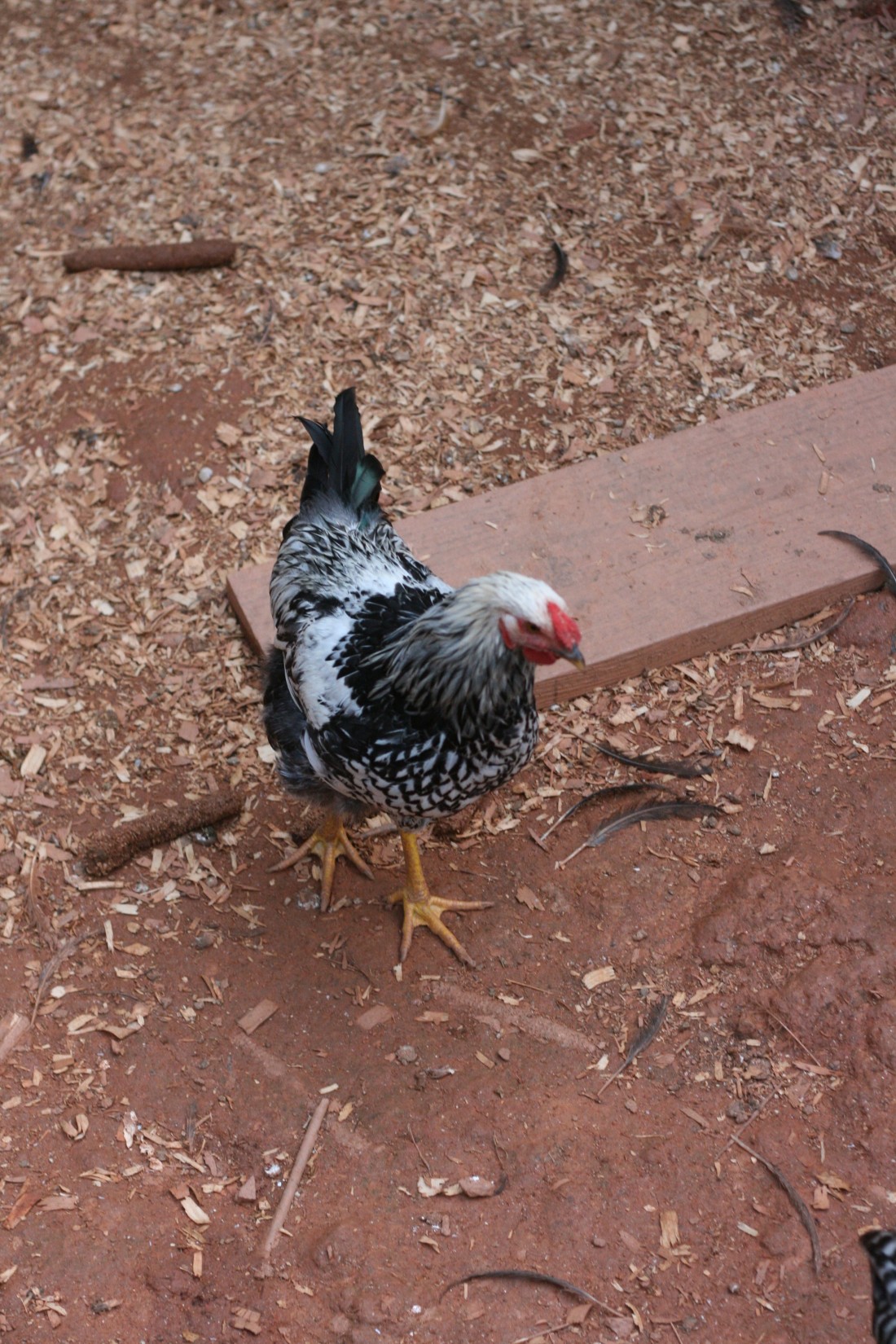 7 thoughts on “Back in the early days of marriage,”

Look past my bad haircut and focus on the color of that water. I am so thankful for the small victory of exploring the Fonta Flora trail on my own. These 50 yo legs carried me over 3 miles today - a big physical win for me today.
Poor Prairie. She is still an exhausted slug all day, but she determinedly rolls off the couch each evening to so some stretches.
Happy Birthday, Rachel. My girl is 17 yo.
Today marks Sidney's last dose of chemotherapy 4 years ago. We had to wait a couple more weeks until it was safe enough for him to leave St. Jude.
My sister spends her time making gorgeous art of my children and then explains to me how she will do another more perfect piece of art of that child.