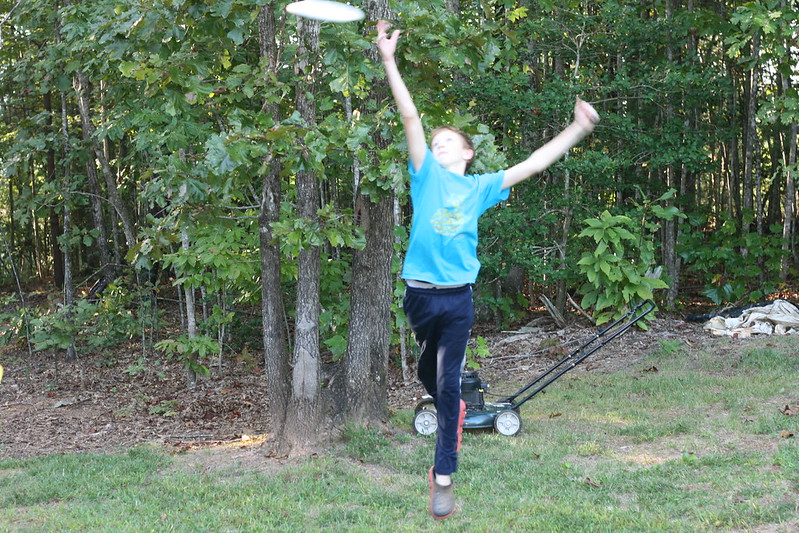 He just gets longer and leaner.  He surpassed me in heigth a couple of months ago.

The birthday card from Uncle Josh and Aunt Sandra is actually a bat mitzvah card (clearly a yard sale find).  Inside the card, they wrote:

you would now be a woman! 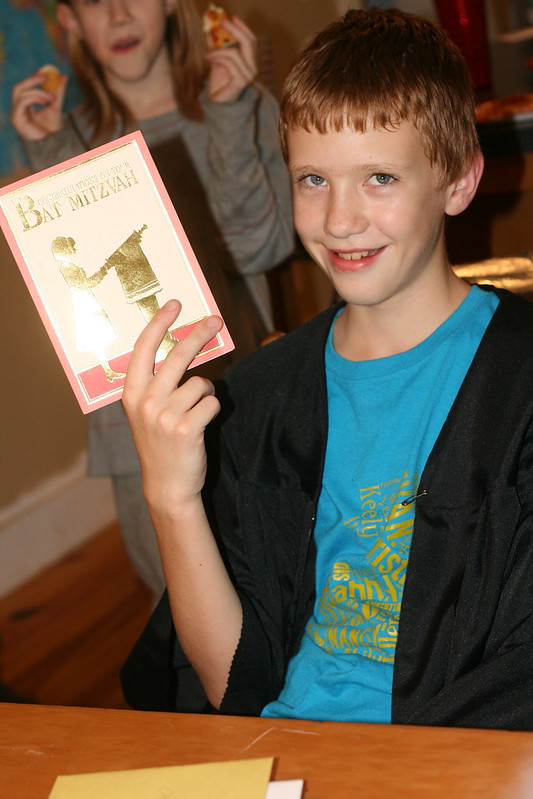 We attempted a “themed” birthday for the first time ever.  Daddy was an Ood. 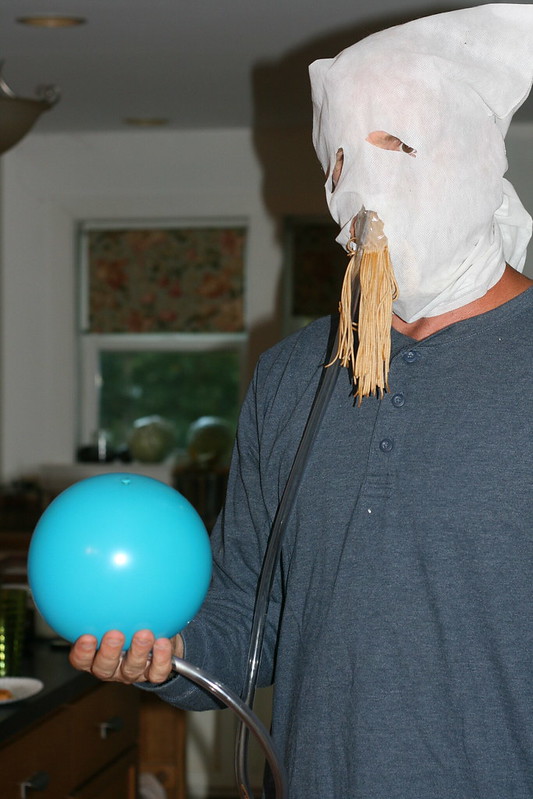 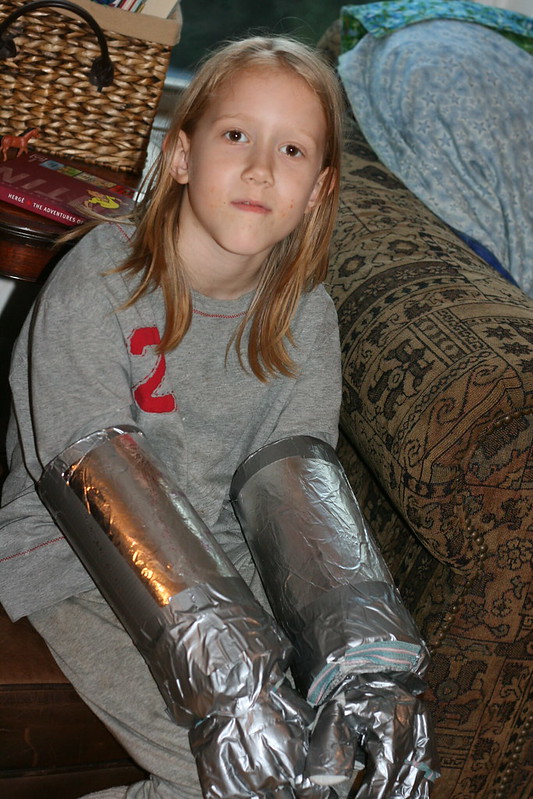 Rachel was Donna, so she practiced saying “OY!” and “You have GOT to be kidding me!” in her best British accent.

The birthday boy was Dr. Who with a fez.

There were  multiple fezes floating around because Sidney made 4.  Sidney also sewed 10 bean-filled bags for Lincoln’s birthday, breaking 2 of my needles in the process.

We enjoyed family and friends playing with the cornhole that Sid and Sidney built for Lincoln’s birthday.