When the boys were small, they started a bedtime game with Sid that they called URG.

One at a time, a boy would race across the room toward their Dad, take a flying leap and crash into his chest.  Catching a boy in his arms, Sid would grunt “Urg!”  Then squeezing the boy tight, Sid kissed him goodnight.

As the boys grew, they took great delight in making their larger-than-life Daddy grunt “Urg!” and trying to crash into him hard enough to budge him.

Well, the boys are too big for this game now, plenty big enough to topple their Dad, but the girls still play. 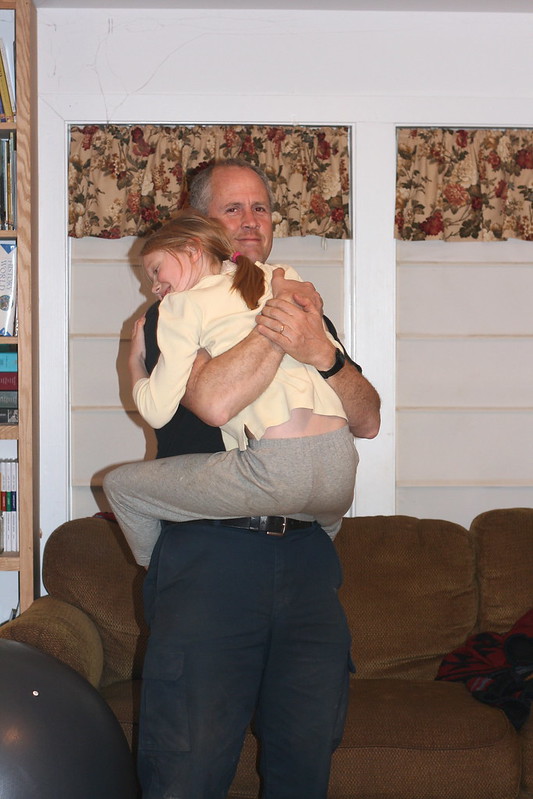 Ahhh, the best place for a kid to be. 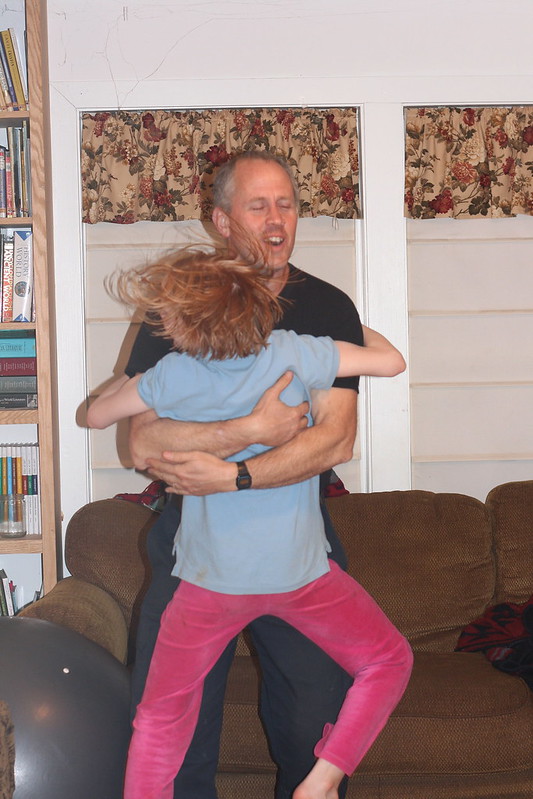 Rachel didn’t quite jump high enough, forcing Sid to bend slightly to catch her.  Hmmm, perhaps that is part of her strategy in taking him down.

Though I am a little sad that the boys are too big to play  anymore, I suspect that the Urg tradition will be carried over to their own families one day.  I have strong reasons for suspecting this . . . . 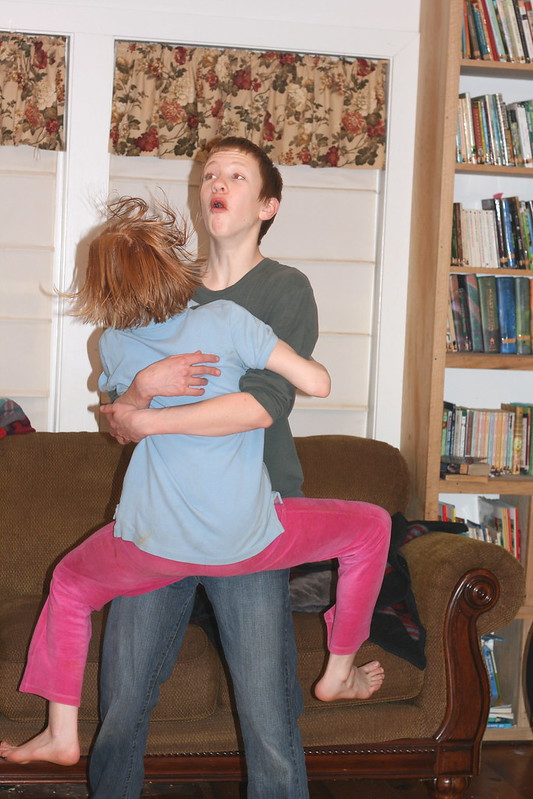 primarily, because both boys routinely put themselves through the torture of getting Urg-ed by the girls. 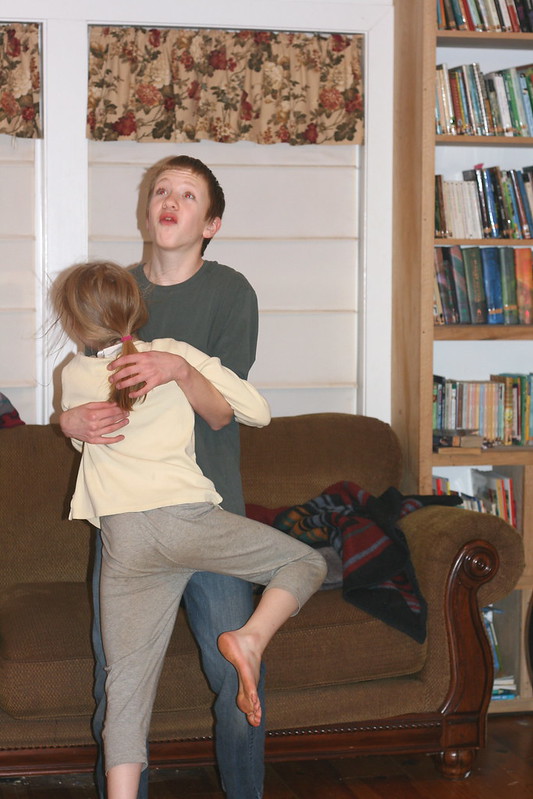