which is usually a goal of parenting — when the kids reach the point they don’t need a parent to prop, nudge, or rebuke.

But this job, reading aloud, was not a job I wanted to lose.

It has been awhile since we read aloud, but I began Harry Potter with the girls last week.  At 9 yo and 11 yo, they are younger than I allowed for the books in the past.  The boys had to wait until they were 12 yo.  However, I decided the girls could probably handle it as a read aloud, and they already know a lot about the story from hearing their brothers discuss it for years.  As the books progress, they do get heavier and deal with violence and murder.  So we may pause the series at some point if the girls are not processing it in a healthy way, but I suspect that together, we will be fine.

An unexpected benefit of reading aloud is that Sidney and Lincoln, who have read Harry Potter many times have been hanging around listening to the read aloud.  It is almost like when they were all little and would gather around me while I read a picture book.  Except they used to sit on me and close beside me and we all fit on one couch.  Now, the girls cuddle close on each side and the boys typically sprawl their long limbs on a nearby couch or floor.  Since my time with those teenage boys will come to an end in a few short years, this time has been extra precious. 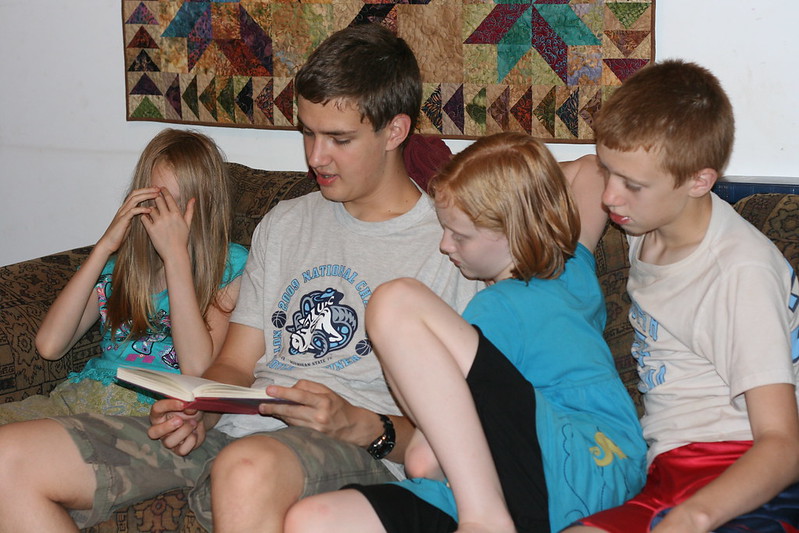 Last Sunday evening, I went to a book study and came home to find that all 4 of the kids had left me behind and moved forward on their own.  Furthermore, my eldest is challenging me as Best Reader-Aloud.  HE uses British accents. 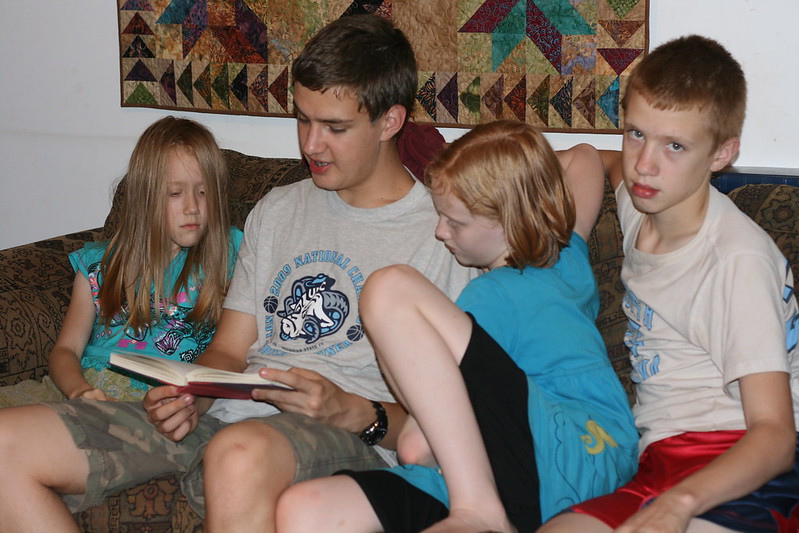