When the ER doctor walked in and said, “brain tumor”  — that was the moment my life dissolved and faded around me.  I felt it leave me, suddenly, gently, burning ashes floated away, the air bent and distorted.

Then the doctor explained the tumor has been in my son’s head for some time.  I looked at Sidney.  “I feel like Wile E. Coyote when he runs over the cliff and keeps running because he doesn’t yet realize that he no longer has solid foundation beneath him.  How long have we been running without knowing there was nothing beneath us?”

Our family’s reality was built on air.

We were falling all along.  We just didn’t know it.

Now, we know.  Kind of Matrix-y.  I have new empathy for that character who preferred the comforting, unreal life of the Matrix to the uncertainty of reality outside the Matrix. 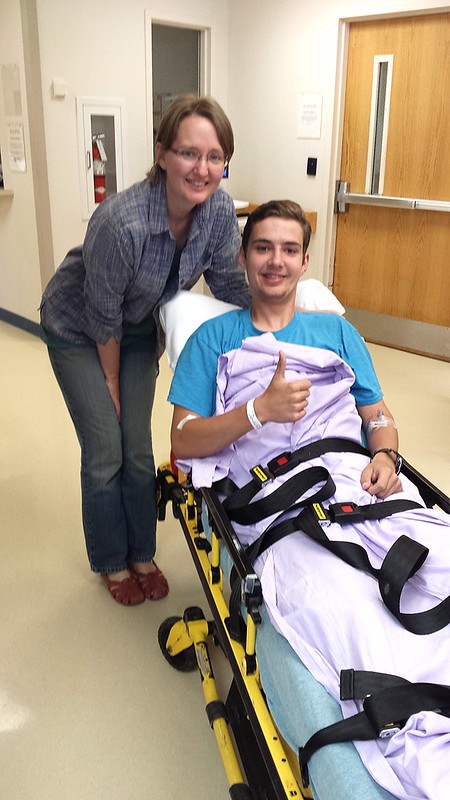 My 17-year-old son reacted to the doctor’s “brain tumor” in his typical analytical fashion.  Suddenly, several minor symptoms plaguing him for months made sense. 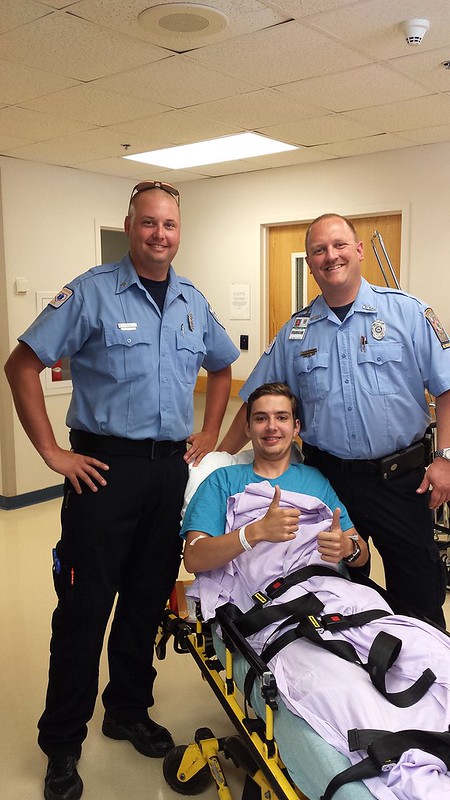 He became instant best buds with the EMS guys who transported him to a bigger hospital.  Because Sidney has never met a stranger and has to chat with everybody he meets. 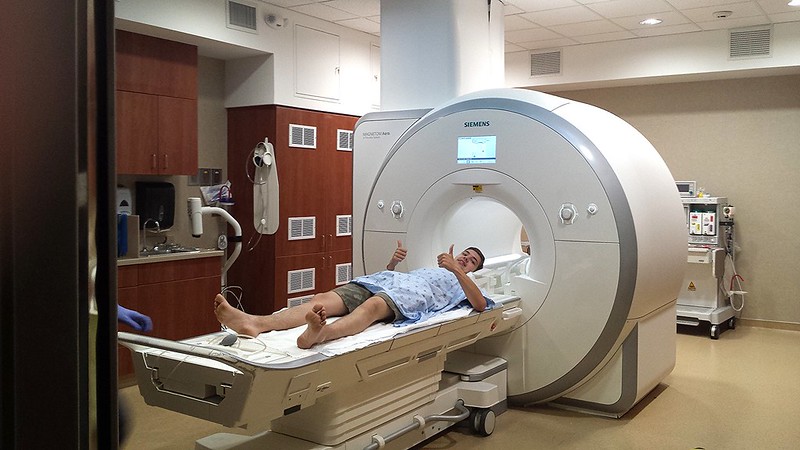 I do the only thing I can do.

This is not the story I wanted to write for him.  For any of us.

But it is the one given to us.  We must live it. 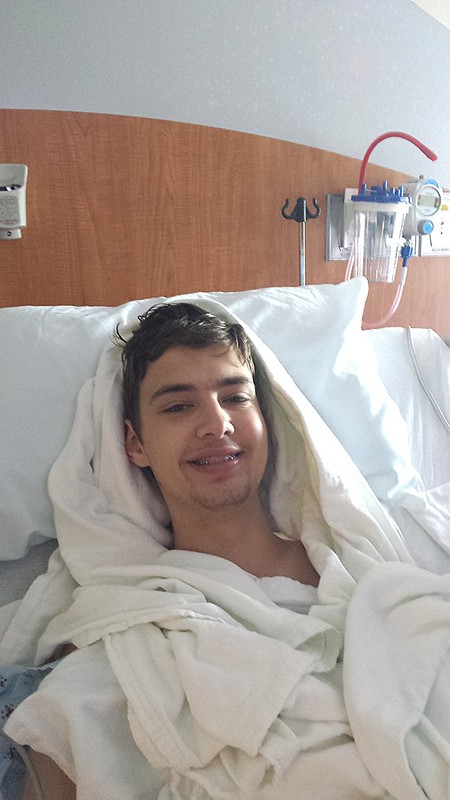 The hero of our story is confident and grinning after his first brain surgery.  He spent a lot of his wait time in the hospital coming up with brain tumor jokes and witty brain surgery lines. 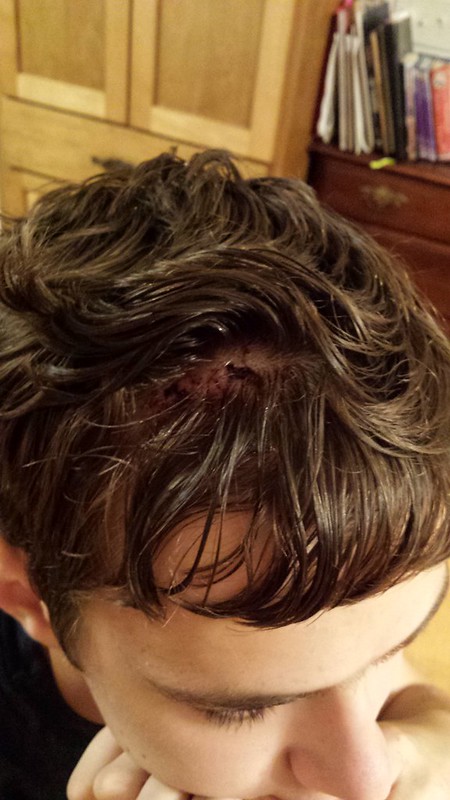 I scoffed internally.  Right now, that sounds like something Pollyanna might say when Coldstone Creamery doesn’t have her favorite flavor.  I love rain.  Rain is beautiful.  It makes music, lulls to sleep or exhilarates when stormy.

My son’s brain tumor isn’t rain.  It is a tornado.  Try dancing in a tornado, Miss Pollyanna.  A tornado that bangs you around and won’t let you grab anything solid nor let you see where you will land.

While I  was bitterly taking down Pollyanna, a memory floated to the surface — Sid and I holding each other and slowly dancing while we waited the longest 2 hours of our lives, dancing desperately while waiting for our son who was behind an imposing door with an MRI machine.  A piano playing “It is Well with my Soul” strained through the speaker of Sid’s cell phone.

Well, well, score one for my imaginary Pollyanna.

People ask “How are you doing?”   I am falling.

I see the Genesis Fall with new eyes.  In my former reality, Adam and Eve fell, past tense, done deal.  But really, they just began the plummet.  They made the jump and all of us have been falling ever since, falling every moment.  I don’t speak of falling in a sinning-falling way, the angle Christians talk about so much, it is hackneyed and meaningless.  Falling is so much more, so much scarier.  Falling is powerlessness — no handholds, no ledges, no way to catch ourselves and slow or direct our descent.  We are utterly helpless and dependent on Mercy.  Every moment.  Even when we don’t recognize it.

I’ve been told to cling to the Father, but that analogy does not work for me this time.  Clinging requires too much fight, too much energy and focus.  I can’t cling and cook supper at the same time.  I can’t cling, while desperately cracking jokes to lighten the atmosphere and plan the grocery list and do laundry and homeschool.  I look at my son and my husband, who are not struggling to do this cling thing.  Rather, both of them seem to have rested into the falling without resistance.

So that is what I have come to — resting in the falling.  Without resistance.

With faith that we will fall safely into the Father’s hand.