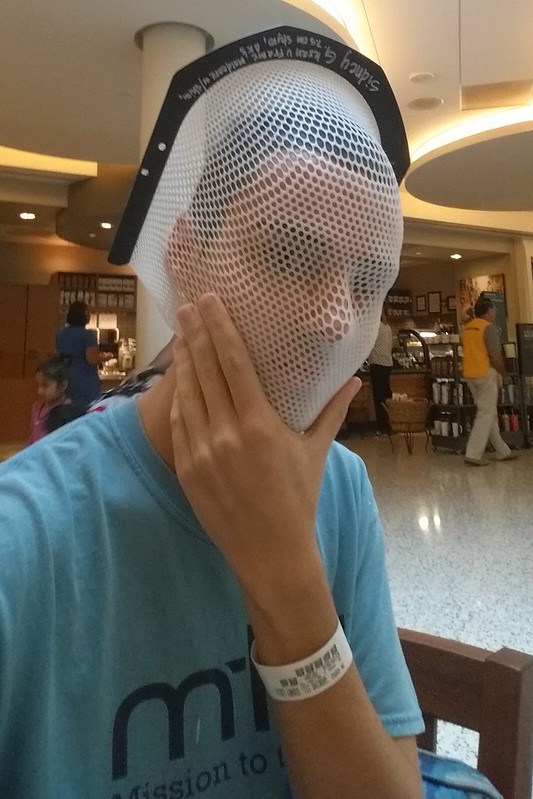 Woot!  He got to keep his radiation mask for a souvenir.  Sidney thinks it would make a good jello mold.  He walked around hospital wearing it.  I think he was hoping someone would start a conversation with him, because that is what HE would do.  He does not get that most people avoid others who appear to be slightly odd.  Odd attracts Sidney, like moth to a flame, I tell ya.

Sidney starts proton beam radiation to the head on Monday. He has a different mask for that. 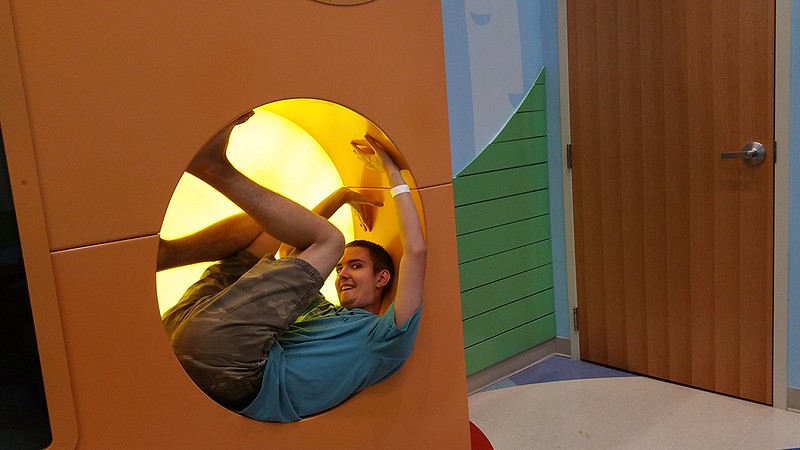 Entertaining himself in the waiting room since there was no one to talk to except me.  It wasn’t as fun as he thought when he couldn’t gracefully get out.  His hamstrings  are still tight since surgery, and he is less flexible than he used to be.

Hair clumps began falling out Friday, so I buzzed it.  His bald head is chilly in air conditioning so we’ll look for cool scarves or toboggans.  Sidney met a lovely girl from Russia named Ksenia.  She is shy, trying hard to learn how to talk with gregarious Americans.  She ran into Sidney in the kitchens and decided he looked harmless.  They’ve shared breakfasts and Uno games, but she leaves for another hospital in Houston tomorrow.

It is sad to part company so soon with a new friend, but she needs to go where she can be helped.  Please lift Ksenia up in prayer along with Sidney.  She is far from home and trying to navigate a strange culture while dealing with her cancer. 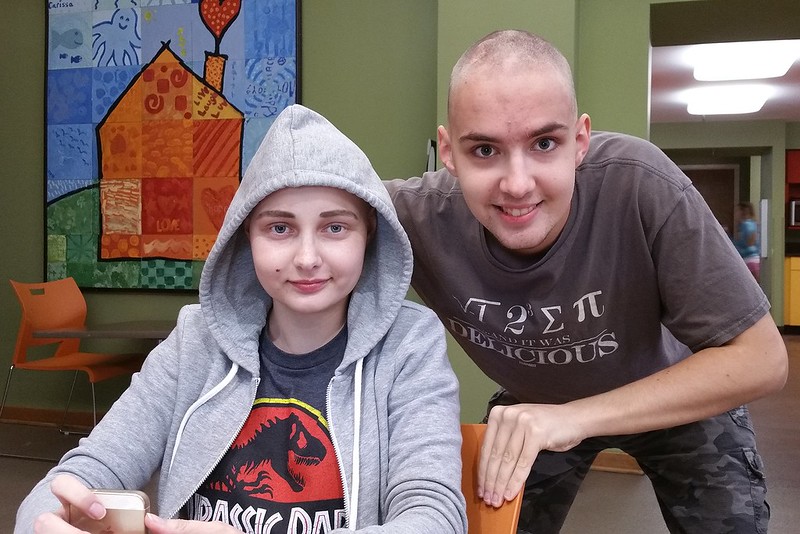