After years of “getting by” with a broken couch, it finally occurred to me, “None of us hang out in the living room because nobody enjoys lounging on the broken couch.”  We were separating and spreading out into different parts of the house, spending less and less time together.

Since I wanted my teens to hang out with me and each other more often during the day, we bought the VIMLE couch from IKEA.  Now, this is the scene I often come upon . . . 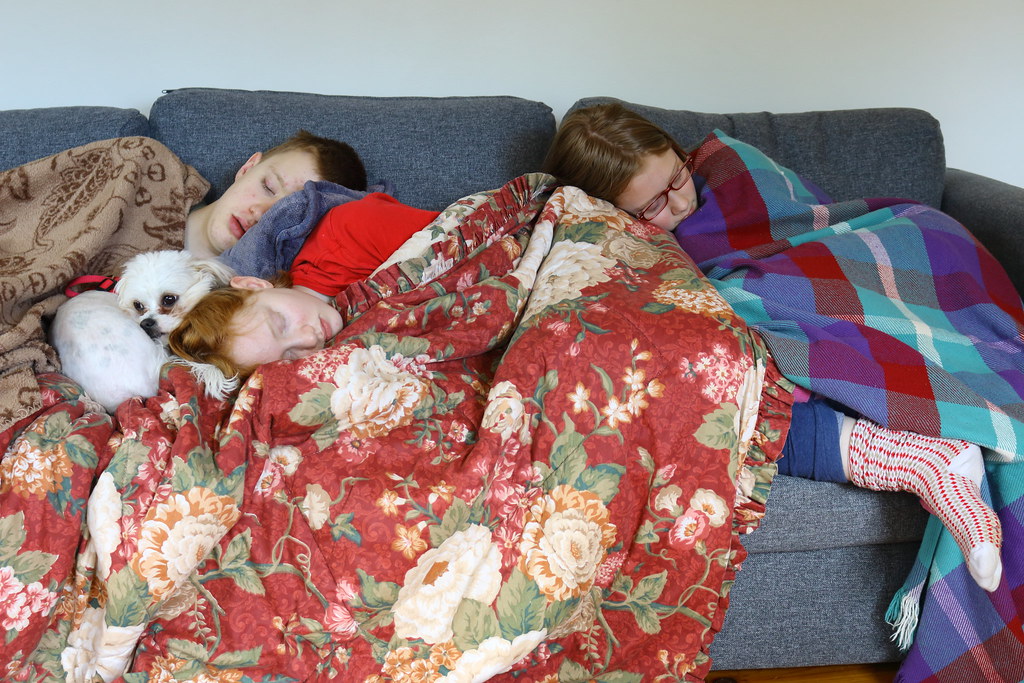 Yep, THREE teenagers and a dog all sleeping on the couch at the same time!

But they aren’t always asleep. 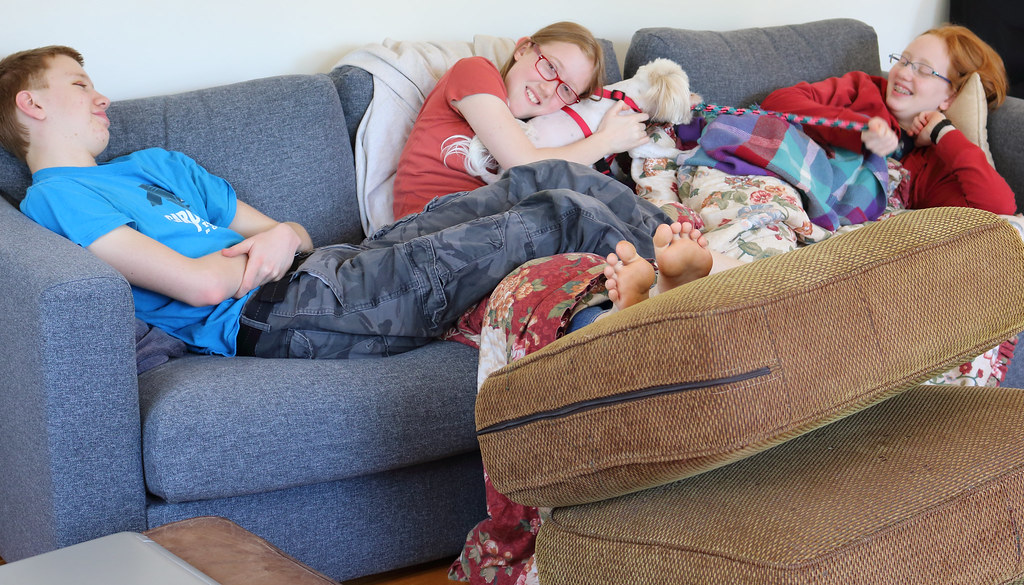 Then they fully awaken and the wrestling and squeals begin again.  The couch was so worth it, just for this. 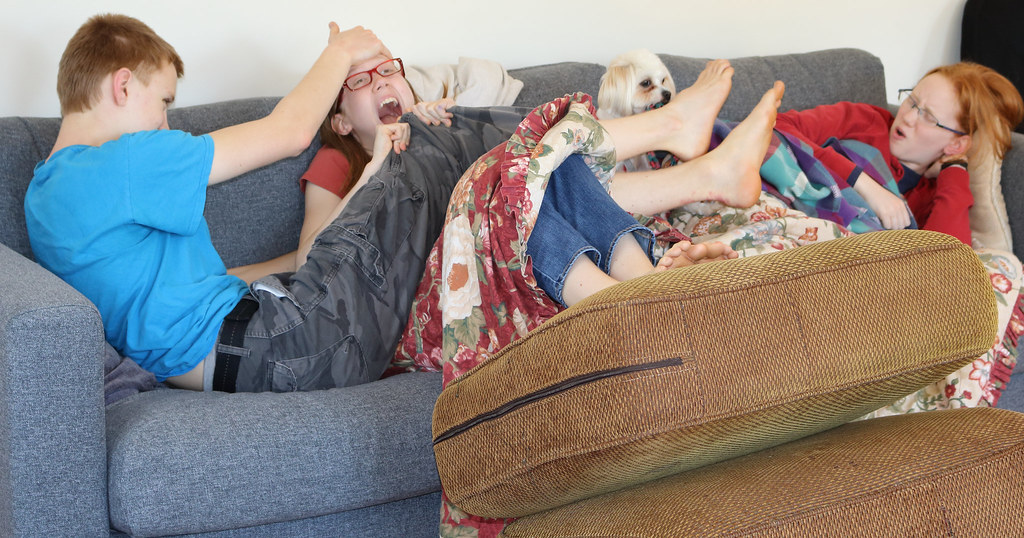 2 thoughts on “A Litter of Kids on the Couch”