Rachel speaks her Truth.  It is no small thing to be the core of a daughter’s Truth.  My husband, Sid, has given our children a secure, joyous Truth. 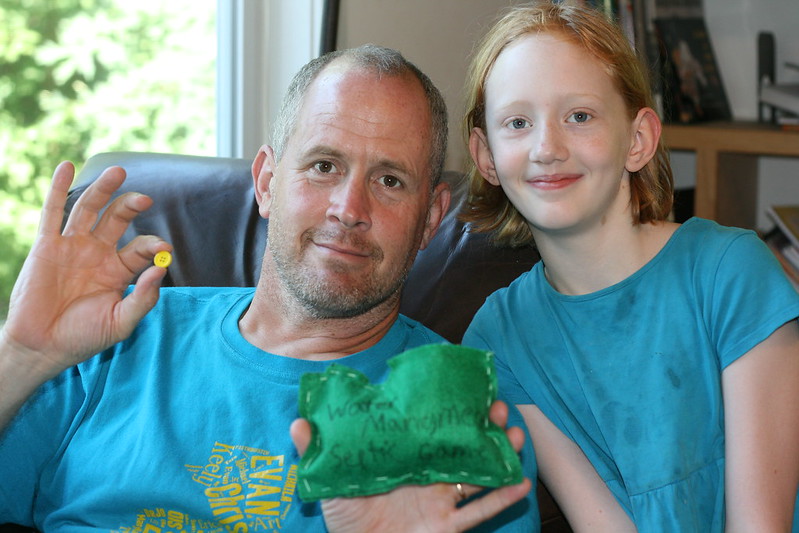 He also inspires our girls to the pinnacle of creative gift-giving, a place most people don’t realize exists.  It is off the beaten path and few trouble themselves to find it.  Rachel ventured off well-worn paths, creating a septic tank game for her daddy. She sewed a septic tank, stuffed it with poly-fil and concealed a yellow button inside for her daddy to find.  In his business, Sid does a fair amount of trouble-shooting when a system does not work properly.  I think the game is Rachel’s vision of what finding septic problems must be like.

And since these girls of ours typically go everywhere together, Prairie was right there with her sister in the creative zone. Prairie made a chimpmunk bobble-ly pen — a writing pen with a chipmunk on a spring that bobbles and wobbles when Sid writes with it.  She was also thoughtful enough to include a spare chipmunk, in case the first chipmunk becomes defective or meets a tragic end. 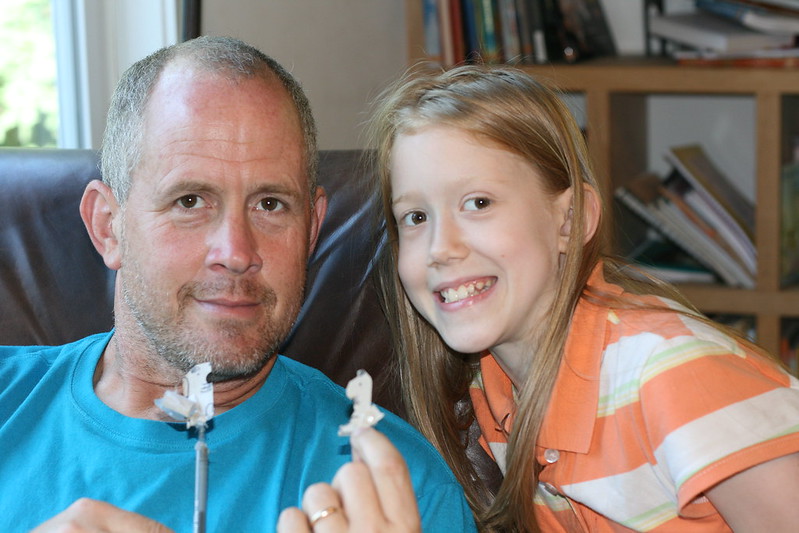 Sid always knows just the right thing to say,  “This chipmunk pen is a latent need — a need that I didn’t even know I had.”

The boys did not construct imagination-defying crafts or write syrupy sweet cards, but they did make broccoli salad and peanut butter cookies to go with our Father’s Day feast.  Big boys in the kitchen cooking for Dad has its own kind of charm. 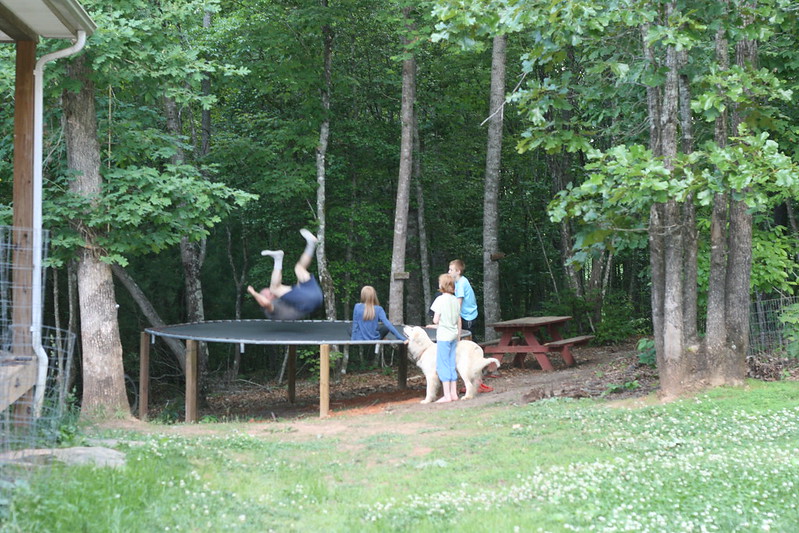 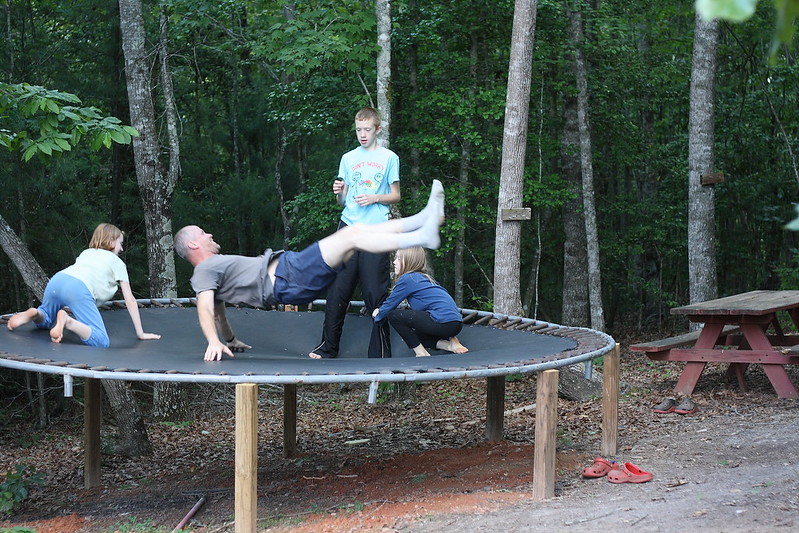 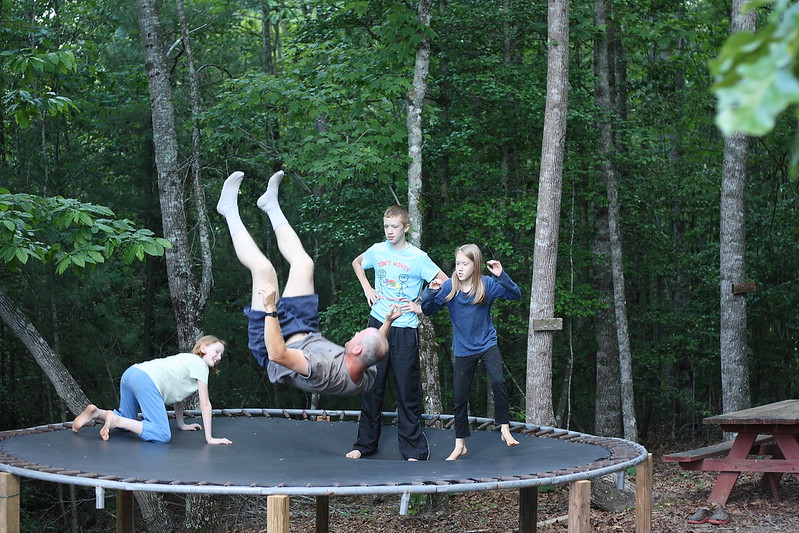 And just as dangerous. 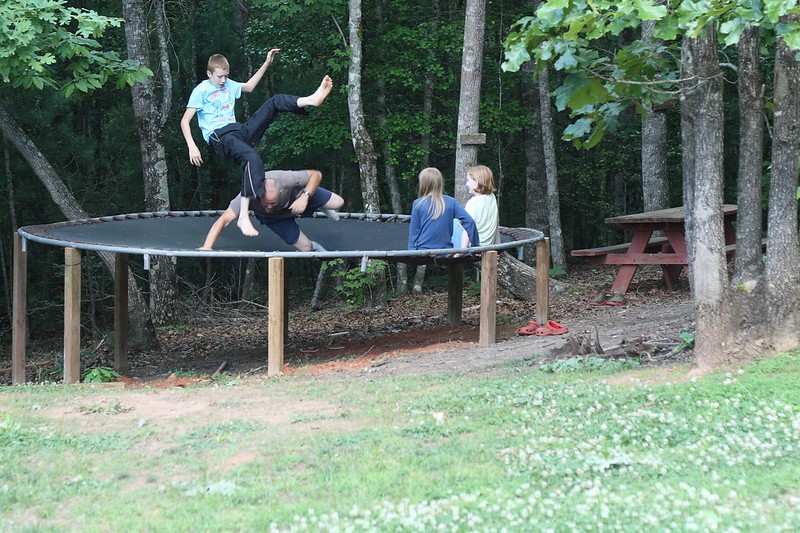 Early Saturday morning, I lay in bed, groggy, trying to wake up and get my body to move in slow stretches under my mountain of blankets.  I have convinced myself that this is legitimate exercise.  It buys me an extra 15 . . .er . . 30 . .  . maybe 45 minutes of guilt-free bed time.  I’m doing my exercises, I say.

My husband is getting ready for the day.  I feel a small earthquake as he sits down on the bed.  He has been my morning earthquake for 24 years.  And did I mention that he is a morning person, so he likes to chat in the mornings?  Sometimes, he even philosophizes.

Chattiness, for a non-morning person like myself, is difficult enough.  But philosophy?  “No, no, no” non-morning people everywhere wail.

He is incorrigible.  I whimper under my blankets.

One part of my brain scrambles to process this data, while the other part struggles to determine whether I have the vigor to engage in this conversation.  I never know where these dialogues will go.

“Well, how do you put on your pants?” I finally ask.

“I put both legs in at the same time,” he states in a manner that strongly suggests that is the only reasonable way to pull on pants.

Then the image comes to me, one I have seen many times but never thought much about before.

“You sit on the bed, lean back, balance, and pull up both legs at the same time?”  I ask, incredulity tinging my voice.

It just now strikes me that this may be odd, both his pants-putting-on habits and the topic of this conversation.

But now, I am wide awake, contemplating how my large husband puts his pants on in a way that now strikes me as childlike.  He probably views it as efficient. Why take time to put in one leg at a time when one can do both legs at the same time?

Either way, he has won.  He puts his pants on more efficiently, AND he succeeded in bringing me to full wakefulness —- which I strongly suspect was his goal all along. 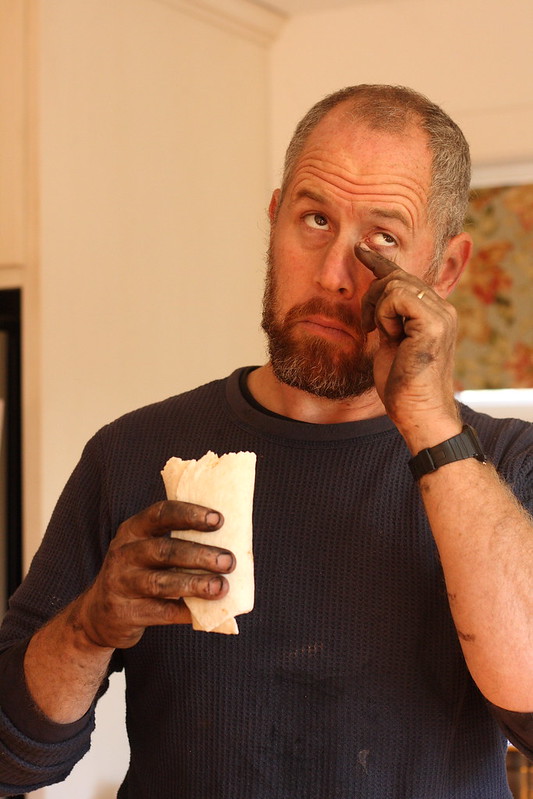 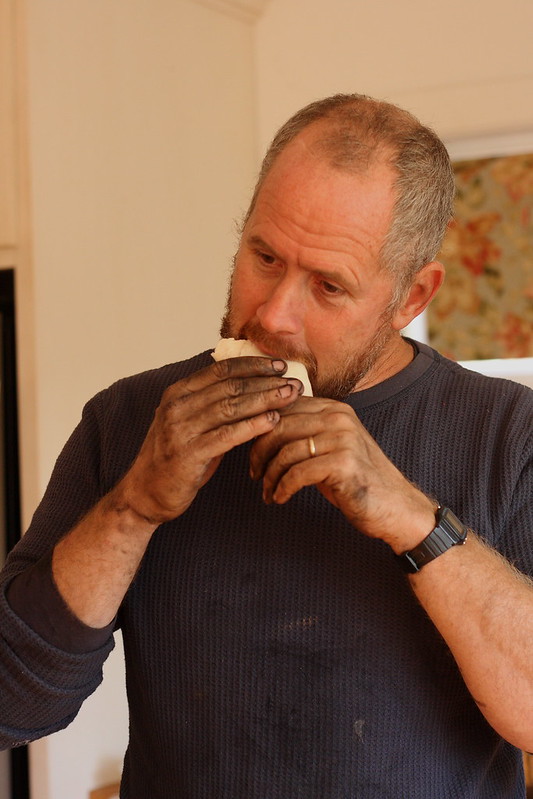 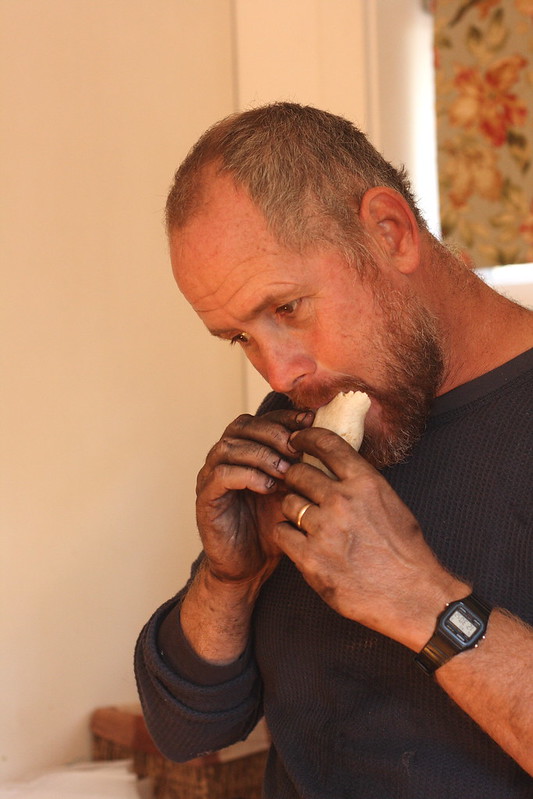 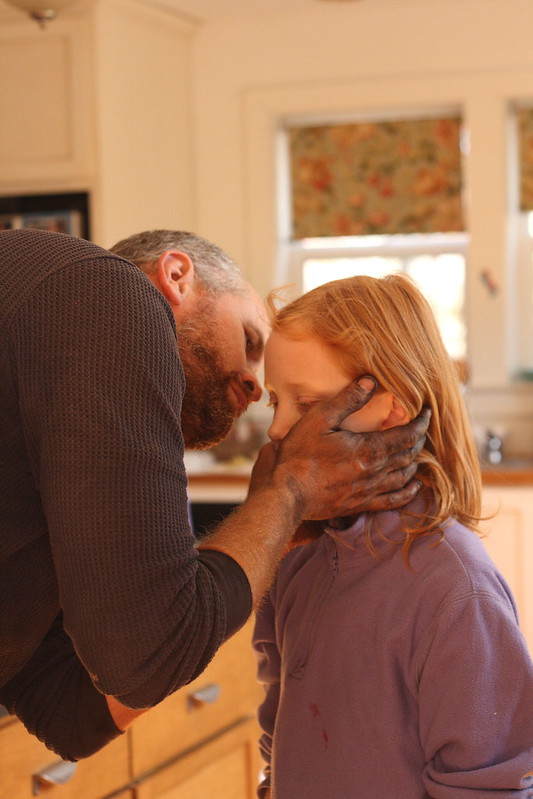 Am I the only person who envisions her life story written on the pages of a novel?

Occassionally, I use pretense to motivate myself to do a job I don’t want to do or to inspire a better attitude.

Mostly, I see the black stroke of our words against the stark contrast of paper in my mind.

And I think, “I’ve never read dialogue like that in any book.”

This past week, I have taken note of Sid’s words, followed by a bit of context.

“I admire you dreadfully.”

. . . . . . . . . . . . . . (I don’t remember the context.  My brain hinged on the juxtaposition of admire and dreadfully, trying to decipher his intent.  I am still working on that one.  Sid tells me he was being all literary and referencing Dickens’ Great Expectations).

“Oh, honey, you know that your desire is for me and I am to rule over you.”

“This is one of those times when you love me so much, you don’t realize how much you love me.”

I feel inspiration for the kids’ free writes coming on.  I could assign them the task of writing down their dialogue occasionally.  Or maybe give them a bit of real dialogue with the challenge to frame a story around it.