my 12 yo daughter wrote out her theological wrestlings.

Yes!  My kids wrestle and write – a bit of encouragement for this homeschooling mama. 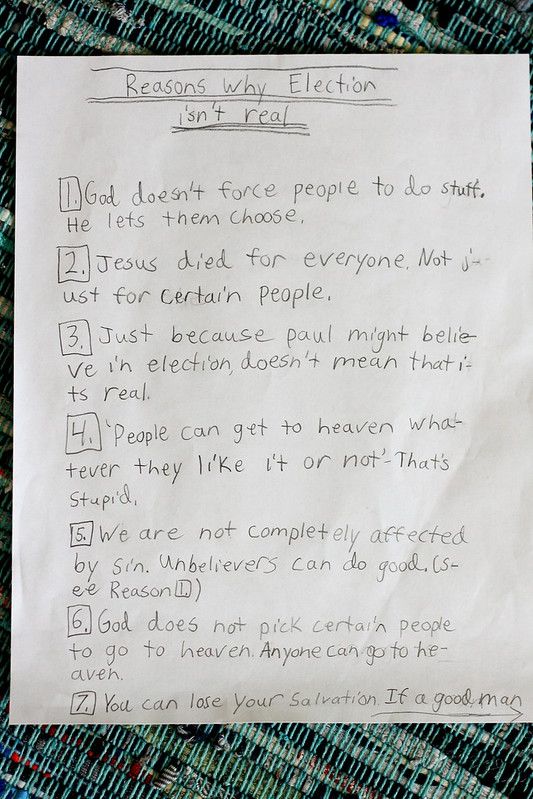 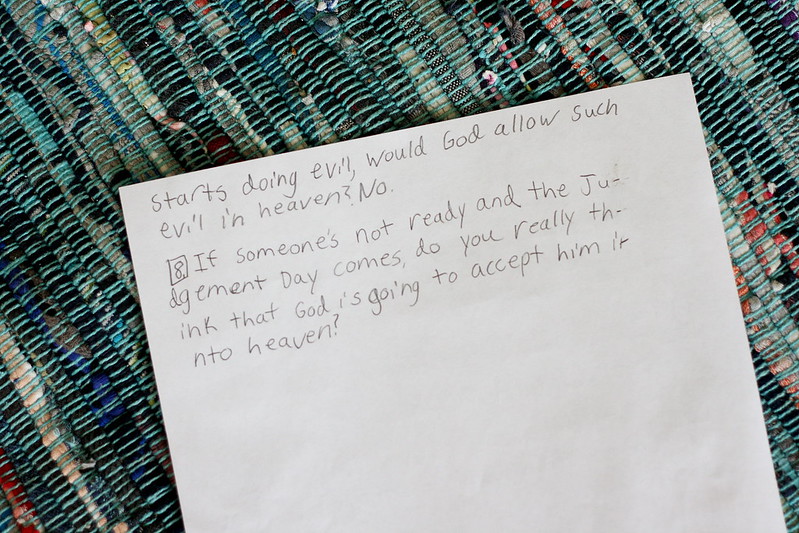 **Note:  This account is mostly true with a bit of fictionalized tweaks where my memory blurred.  But even the fictions are true on many days and might have been true this day.  I like for my kids to see that I value writing, to encourage them to write fearless.  It is a safe place to be “reckless” as consequences are minimal.  So, it is only fair that I should do what I ask my kids to do — write fearless even when uncomfortable.  What is the worst that could happen?  That you won’t like it, that I won’t like it, I suppose.  Nothing to fear there.

It was evening, supper time actually, but for once nobody asked the question — “What’s for supper?”  The day’s heat had lifted, clouds swept the sky, and breezy fingers strummed gentle music among the trees and teased her skin.

She heard the giggles of a son and two daughters and the squeaky springs of a rusty trampoline.  A door thumped shut when her teenage son stepped onto the porch, and the whir of her husband’s saw sounded from the backyard.

With the flow of family edging her awareness, the woman dug another hole and plunked a cinnamon-leaved coral bell into place 18 inches from the hosta.  Thunder rolled, the breeze kicked, blood danced in her veins, and something called to her. She looked up, wondering if she would finish planting before it rained.  The air was electric, molecules buzzed against her skin, filled her lungs — movement and stillness, an expectancy, a held breath.  A certainty was coming — her arms, legs, bones, and skin reached toward it.

Exhilaration bubbled through heart valves, pumped into her fingers, toes and marrow.  Wanting to laugh, she dug another hole, half expecting and hoping the sky to rain absolution and praise on her.  She settled a coral bell with burgundy leaves close to another hosta.  Her sister had given her the hostas, had dug them from her own yard.  This coral bell came from her mom, who gave her a plant every week, claiming she couldn’t care for plants anymore, too much trouble for an old woman.

She laid a thick layer of pine needles around her new plants.  Seven years since they had moved into their house on the hill in the woods.  All those 7 years held her longing to plant a flower bed along the front porch, to grow grass in the front yard for bare feet.  The woman didn’t miss much from childhood, but she missed the brush of grass on bare feet, especially dew-kissed grass on a cool spring morning.  The grass, too, waited almost 7 years, due to finances, poor health and because it took time to learn how to grow tender living things in hard red clay.  It had been harder than she had imagined, and year after year, her yard had remained dry, hard, rough and painful to exposed soles.

Her patch of earth still didn’t grow the lush grass of her original dream, but it was mostly covered with soft, green growth — clover, plaintain, unidentified weeds and grass — and she was content.  This year, honeybees gathered nectar in her yard.

Her daughters flitted across the soft green in bare feet, wearing their older brothers’ play cloaks, cloaks too small even for their 9- and 11-year-old frames.  But the girls  didn’t care, their imaginations making the cloaks what they wanted them to be.

The woman exhaled.  The certainty broke over her, and she grasped it, pulling it inside her  — my dream, I am living my dream.  She heard her husband’s hammer, building her bench.  She saw her older son tinkering under the hood of the car, while her daughters and middle son carried sticks and imaginary worlds.

They were all here, her family, together, home.

With the gift of a few extra minutes added to their day. 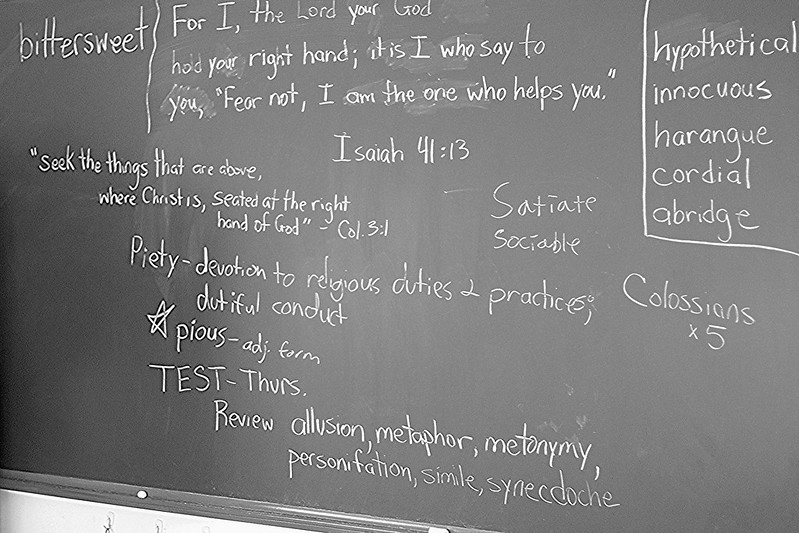 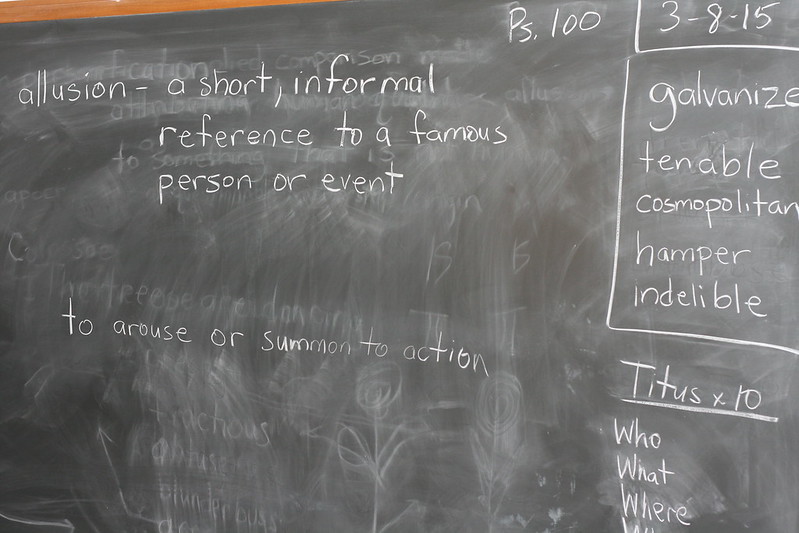